Building your first game is an exciting way to express your inner creativity.

If you’re still unsure of which programming language to use, we have a guide for you.

However, if you are a new game designer, it’s time to put your game design skills to the test.

Before that, it’s highly recommended to read the following game design tips to avoid as many beginner’s mistakes as possible.

How do you know if your game is going to be a success? It comes down to user experience or UX.

The more enjoyable a game is, the more time spent in the game.

To design a game, you must play games and be a gamer at heart.

This lets you understand what makes a specific game fun and what frustrates you as a player.

Once you gather data and take notes as a gamer, implement it back into your game.

When starting as a game designer, it’s incredibly important to gather experience.

You do this by keeping your goals small. Start with a small game with a minimal plot. Use simple music and stick to casual gameplay.

Don’t dive into complex tools and animation just yet. Remember, the idea is to create a simplistic game that is fun to play. Not a complex game with frustrating gameplay.

Every professional game developer started small and made it big. Follow this rule, and you’ll make a big dream project in time.

3. Work and Improve with What’s Available

When brainstorming for ideas behind your characters or plot, work with what’s available and improve from there. Avoid trying to get overly creative by starting from scratch.

For example, let’s say you were interested in making a 2D scroller. Retro games like Donkey Kong, Sonic, and Super Mario provide elements for you to work with.

Add or remove specific aspects of a game. By changing a theme from a desert to a forest, you create a new game altogether.

Creating characters and plots from scratch for originality is not recommended when starting. Spend the most time on game design and less on the thought process.

Inspiration pops out of nowhere – in trains, by the pool, at a party, or even while you’re half asleep.

Many of these bottled ideas add to your game design and improve your game. It’s important to record every idea in a personal journal

Ensure the journal is strictly for work purposes and is meant only for game design.

If you’re a digital fiend, then a smartphone with Google Notes or Memo should do.

You never know when and where the next game-breaking design comes.

5. Design with Quality Tools Only

At first, it seems like a good idea to save money and use the freeware (free software) in your early stages of game design.

Unfortunately, you’ll end up producing a low-quality product that looks dated and unplayable.

Depending on your skill level, it’s critical to work only with high-quality tools for your animation software, graphic designing tools, 3d game engine, etc.

Working with updated tools keeps you fresh and relevant in the game industry.

6. Keep the Story Simple Yet Powerful

The first story you write doesn’t necessarily have to have 100 characters and a complex storyline.

If the gameplay is fun, a simple story compliments it.

It’s better to have a cliché story with fun gameplay rather than an original one with terrible gameplay.

Take, for example, Super Mario – it’s a simple story of a plumber trying to save a princess from the evil dragon!

7. Sounds and Music Set the Mood

Remember the chomping sounds that PAC-MAN makes as it maneuvers through the maze? Game sounds are synonymous with game design.

The music of Final Fantasy is something that sets the atmosphere of every new series that’s launched.

Sound and music are the two hands of game design. When done right, the gaming experience is amplified.

Controls are a big part of UX and determine the comfort level of players as they navigate your game.

While some controls work great on the keyboard & mouse, they don’t exactly port well on a controller and vice versa.

As a game designer, it’s crucial to get the control scheme right.

Don’t add too many hotkeys and keep the basic movement pattern in sync with other games. Such as WSAD is popular with movement along with arrow keys. The Space key is used for jumps and CTRL (Control) is generally used as a Crouch mechanic.

Most players find it easy to switch between similar genres when the controls have a similar scheme.

One core issue for video games is game balance.

As a game designer or developer, your game will always have bugs. And bugs need immediate fixing. It’s an irreplaceable aspect of gaming development.

Game testing is important when releasing a final build of the game. Deploying patches on time when a game-breaking bug is found is critical to the game’s success.

Players won’t give you a second chance and the game developer takes the heat of a poorly released game.

While no game is perfect at release, it’s necessary to test the game and iron out any graphical glitches or abusive mechanics to keep the game stable.

Making a game is one half of the gaming recipe’s success, marketing is the other.

No Man’s Sky is an excellent example of bad marketing that almost destroyed it. However, the game has redeemed itself from its PR shortcomings and is quite a success.

One excellent way to promote a video game is to release a playable demo. This lets players get a real taste of the environment and gameplay. A demo shows that your game isn’t just hype and big talk.

Next, meet video game reviewers and gaming magazines to create a buzz around social media.

Once the buzz has been created, it’s time to give out beta keys to a select few winners. Host contests and increase the hype.

Lastly, release dates are sacred. Always ensure you release on the announced dates.

11. Player Feedback is Critical to Success

If your game was a bird, then the players are the wings to its success. Without them, your game ends up on a list of duds.

Have a way of connecting with your players – in-game and out of it. Message boards are a great place to track technical issues and bugs.

Release periodic disclaimers that the bugs are being looked at and a patch would be released. Calming your loyal community down in passive ways is extremely crucial to a game’s success.

And there you go. The secret to amazing game design comes down to awareness and consistency. Releasing a game is a huge challenge and these challenges are the stepping stones to success.

We wish you luck and fortune in creating a fabulous game with these game design tips!

Affiliate Disclosure: To ensure we run Schoracle ad-free, this blog contains affiliate links. We may earn a small commission for purchases that you make. Read our Affiliate Disclaimer for more details. 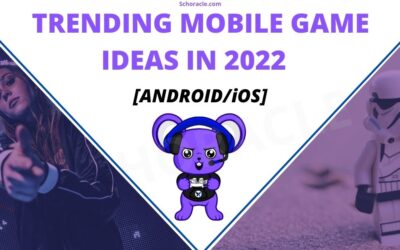 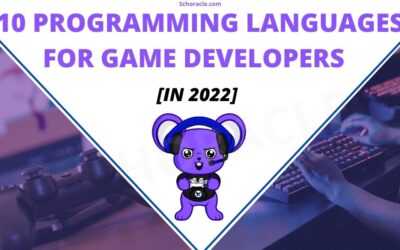 10 Programming Languages for Game Developers in 2022